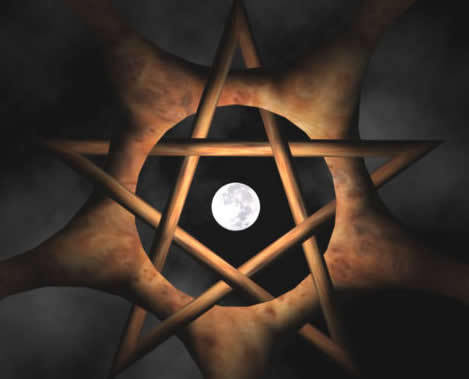 A Witch School in NYC

*There are 24 Classes for the 2013 schedule for first degree.  In addition attendance at all Full Moon and Sabbat rites and rituals is mandatory*

The Wheel of the Year

The Many Traditions For Witches

The Many Traditions For Witches Cont?

Witches Many Rituals & The Degrees

Introduction and Practice of Many Divination Tools

Explorations of Other Spiritual Paths ? Part I   (Kurt)

THIS CLASS HAD SUCH A ?RAVE? REVIEW FROM PAST CLASSES. SO WE HAVE DECIDED TO KEEP THIS AS A PERMANENT CLASS. Thanks to these 2 amazing instructors: Kurt Talking Stone and Ian Fford

Spells and How they work

Magickal Record Keeping of A Witch

Our training will lead to your 1st , 2nd, 3rd Degree. All class materials are either original works or public domain (appropriately noted in each lesson). This lesson plan may change from time to time, to keep our lessons as mentally and spiritually inspiring as possible for you. Your First through Third Degrees will take you a minimum of one year and one day, per degree. Keep this in mind when completing your homework. You'll be assigned additional course work if you seem to "fly" through it, as we seek to challenge every student to learn as much as they can through each Degree. Upon completion of each degree, students are encouraged to participate in further studies towards Initiations (if you are choosing to walk the Wiccan Family Temple Path) and Degree recognitions

The curriculum for the 2nd Degree program at is a balance of academic and practical assignments. The first part of this course will deal with tools and materials that you might use in various operations. The remainder develops skills and personal attributes that you will need in the physical and ethereal realms as you begin to interact with and change your environment on a broader basis.

The classes will begin with a review and continue on with advanced work, in preparation for third degree initiation.  All classes being offered for 2nd Degree are either advanced versions of 1st Degree classes or newly introduced topics.

-  FOR ANYONE WHO DID NOT COMPLETE ALL CLASSES PLEASE MAKE SURE YOU CATCH UP ON THOSE THAT YOU MISSED IN 1ST DEGREE (BE HONEST WITH YOURSELF) AS YOU MAY HAVE MISSED OUT ON SOME CLASSES THAT ARE NEEDED IN YOUR STUDIES.

- FOR ANYONE TAKING THESE CLASSES PLEASE BRING YOUR BOOK OF SHADOWS APPRORIATE FOR THE CLASS AS YOU WILL BE DOING ACTUAL SPELLWORK, JOURNEYINGS ETC. AND NEED TO KEEP RECORD OF EACH STUDY/ WORKINGS.

Advanced Workings & Practice of The Witches Alphabet will be done throughout the year in many forms as part of your daily writings.

The Further History of -

Introduction to the background of the ancient Druids and Celts: their origins, society, beliefs, appearance and languages. They divided society into three groups. The druids, who were learned priests, shamans and judges; the military aristocracy, who were the power-holders and the heroes; and the free men, who were farmers and owned cattle. Both men and women were thought to be immensely brave in battle.

Students please bring your findings in about this topic

The Goddess and The God  -

Creating the Wealthy Witch in you ?

Students please bring your findings in about this topic

Becoming A Wealthy Witch ? Part I -

Practical and common sense spell casting approaches to manifesting material wealth personally and professionally.  Witches can become adept at focusing energy and manifesting change to enrich their lives and the lives of others financially.

*Part 1: Uncovering Hidden Barriers to Success; Planning and Budgeting*
What has kept you from setting and/or meeting financial goals in the past.  You may have negative connotations surrounding money, success, ambition, or wealth based on family, cultural, or even religious beliefs.  These beliefs may be unconscious or very clear to you.  Uncovering negative stigmas and addressing them is the first hurdle to gaining long-lasting and real prosperity.  Secondly, you will create a firm, clear financial goal for yourself as the first step toward financial freedom.   We will be doing a guided meditation.
Spell work to create your individual spell, along with listings of other prosperity herbs, colors, Gods/Goddesses, runes, tarot, etc. for your reference.

Practical and common sense spell casting approaches to manifesting material wealth personally and professionally.  Witches can become adept at focusing energy and manifesting change to enrich their lives and the lives of others financially.

*Part II: Personal Financial Goal-setting; Business/Professional Growth*
- *Personal Financial Growth*
Now that you've taken stock of your financial situation and created a new plan to make the most of what you have, it is time to reach out for areas of personal financial growth.  You will identify ways in which you can increase your income, either through promotion, a new job, or starting a venture.  You will set benchmarks for yourself and outline a timeline for your personal success; Spells for visualization and manifestation will be included.
- *Business/Professional Growth*
You will create a clear plan and goal for your professional achievements; or your company's success.  Topics will include business budgeting (operation expenses, profit/loss calculation), economies of scale, and utilizing networking and marketing.

NO MATTER WHAT SPELL YOU DO IF YOU DO NOT HAVE CLEAR PRICISE INTENT, FOCUS AND BELIEF IT WILL NOT SUCCEED.

Students must come prepared for ritual, bring your ritual items.

Students must come prepared with spells they have written to be discussed keeping in mind all of the covered in this class.  Also discussed are spells they have worked on that worked and ones that have failed and why, what could have been done to make it work.

Beltane briefing handout ? prepared by one of the students.

The Magick of the Archangels ?

They act as divine messengers or guides.  Delving into the history of angelic magick. Specifically, focus on the archangels of the Tree of Life and those of the four directions- Uriel, Gabriel, Michael and Raphael, learning now to work with each through ritual to manifest change in your life and understand your own angelic nature and true purposes in our lives.

Students must come prepared with their own findings on these topics ready to discuss.

Hands on Practice of Divination

Hands on Practice of Divination ? Cont.

Hands on Exercises with Elementals, Thoughtforms and Spirit Guides -

Students must come prepared with their own summaries on these topics ready to discuss.

Come ready to learn how to drum to keep a circles? energy on high.

Lughnassadh briefing handout ? prepared by one of our students.

Séance an introduction to ?

Everyone has heard of "Seances". This class is an examination of what a seance really is and how to hold one. Including protection, fear and debunking any urban myths about it in general.

Students do come prepared to be part of a séance.

Students must prepare to do one of these in the class.  Bring in a ritual for one of these.

- Mabon briefing handout ? prepared by one of our students.

·          How does Ceremonial magick raise its head in modern Witchcraft?

·          Many Witchcraft practices are drawn from the traditions of ?high? magick, also known as Ceremonial Majick, though not all Witches are aware of the influence of Ceremonial Majick upon our Craft.  Hermetics, Alchemy and Qabalah have all become entwined with the rebirth of Witchcraft.  The Qabalistic Tree of Life, depicting ten levels of consciousness and twenty-two paths of transformation, is used by Magicians and Witches alike.  Join us for an exploration of the Tree of Life and the rituals of Ceremonial Magick, from the Witch?s perspective.

Students bring in your findings on this topic to further discuss

Explorations of Other Spiritual Paths -

Kurt Talking Stone will be taking us indepth into his tradition.  Including the Sweat Lodge.

-       This class was given in our 1st Degree and 2nd Degree, and was so well received they were ?raved? by our students and requested back for further studies.  So here we are.  Yeah!!

Santero Ian Fford will be to teach and take through the many myths of his religious path.  Come prepared with many questions.

-       This class was given in our 1st Degree and 2nd Degree, and was so well received they were ?raved? by our students and requested back for further studies.  So here we are.  Yeah!!

-   Samhain briefing handout ? prepared by one of our students.

Lots of myths.  Students please bring in your boards and a working BOS to record findings.

Students must come prepared with there own findings on this topic.   Be also prepared to participate fully.

Final class of the 2nd Degree ? Forming your Own Groups, Covens etc.

- Discussion of Jan. 2011 Dedications of all who have completed this year and a day of studies.  Final Exams in Jan. 2012.

I AM SO PROUD OF THOSE OF YOU WHO HAVE COME THIS FAR.  YOUR 3RD DEGREE YEAR WILL HAVE YOU RUNNING MANY A RITUAL, MENTORING AND ADVANCED LEARNING AND TEACHING.  BLESSINGS TO YOU ALL ON WHATEVER PATH YOU HAVE CHOSEN.

AS YOU ALL KNOW SPACE IN NYC IS PREMIUM SO THE ACADEMY IS STRICTLY OPEN ONLY ON THE SUNDAYS STATED PER MONTH.  YOU CAN ONLY MEET WITH US ON THOSE DAYS.  REGISTRATION, QUESTIONS CAN BE MET ON THOSE DAYS ONLY OR CALL AT 917-378-5012.